A Special Thanks to CY Photography For My Banner Photos

Day 5
We were supposed to port in Honduras on this day, but the captain couldn't because it was too windy. We were so close and it looked beautiful. There was green everywhere with tons of mountains. I want to go back someday! So we headed towards Costa Maya and we had an extra day at sea. I soaked up the sun and Justin played some dodge ball and basketball.
Day 6
Costa Maya Mexico
So we woke up early Thursday and we were SO ready to get off the boat...it was raining :( We were bummed at first but we didn't realize it was before 6 a.m. local time and we were assured this was normal and it would burn off. So we braved the rain and got off the boat. We had debated on doing an excursion since we didn't port the day before but we never did. The port in Costa Maya was very big and there were the usual shops. There was a really neat restaurant where you could sit in the water at tables and eat and swim around. It looked neat but it was so early we didn't attempt it. We walked around and decided to see what there was to do. From the ship you could tell this was very un-populated. To the right of the port here was NOTHING, I'm talking nothing but beaches and trees. To the left you saw very few beaches, we knew we needed to do something! We ventured to the edge of the port and of course locals were offering beach breaks and transportation. We noticed a group of people dealing with them and asked what they were doing...and the day began! We joined this group of 13 people and ended up getting a beach break excursion for around $25.00 a person! When we got to the beach, it was beautiful...it rained a little bit but not too bad. There was some covered huts with tables and we had our own personal waiter. We had unlimited use of the kayaks too! I ended up getting a 40 minute massage for $20.00 (yes, $20!) I was sore for 3 days after, lol. We rented Jet Ski's and had a blast. Best of all we made some awesome new friends. They are from Tennessee, not too far away. They have kids around the same age as ours, we will definitely be hanging out with them again :) 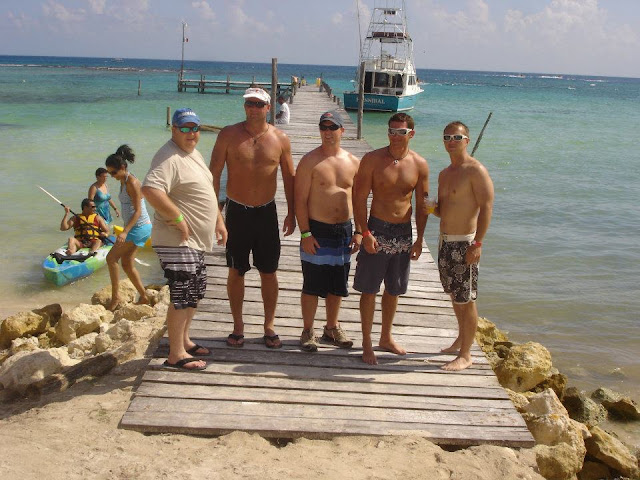 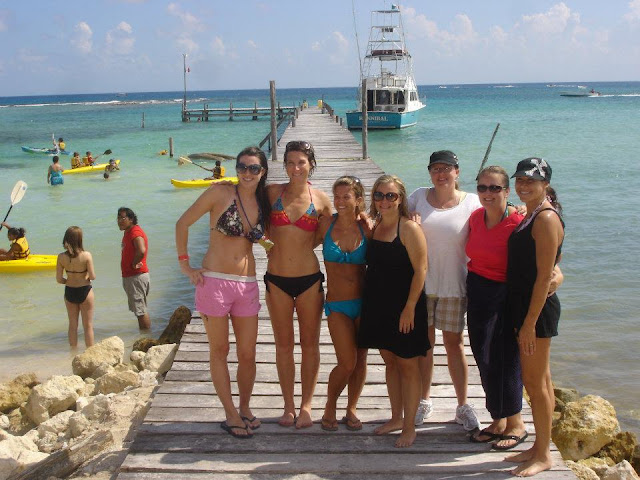 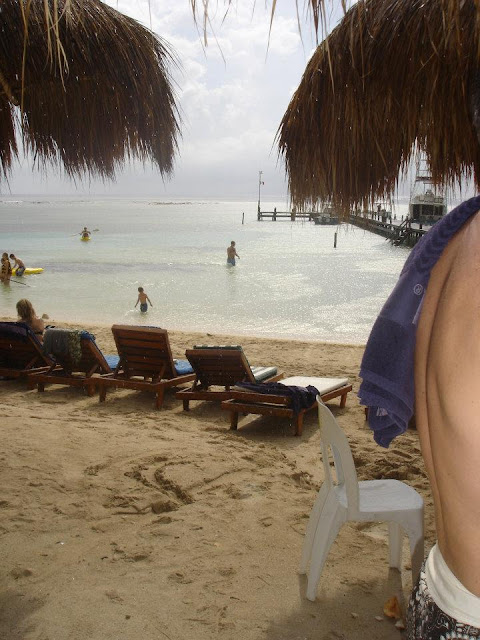 That night was the second Formal Night and our new friends invited us to sit at their table! The group was so big we ended up getting the "captain's table" It was huge! 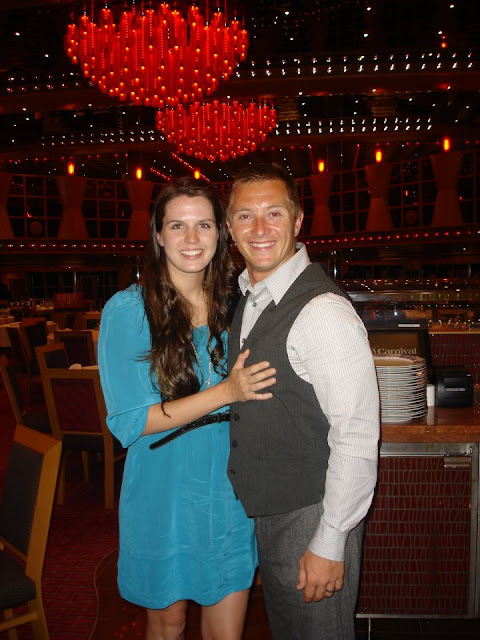 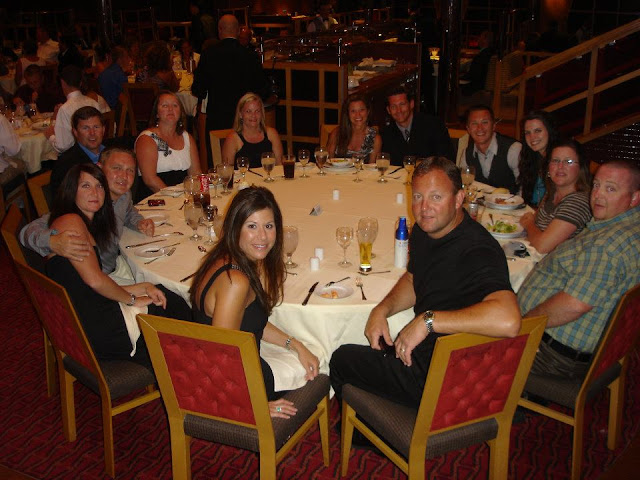 Captains Table
We had such an awesome time on our Cruise, there is nothing like being away with your love for a whole week, by yourselves. 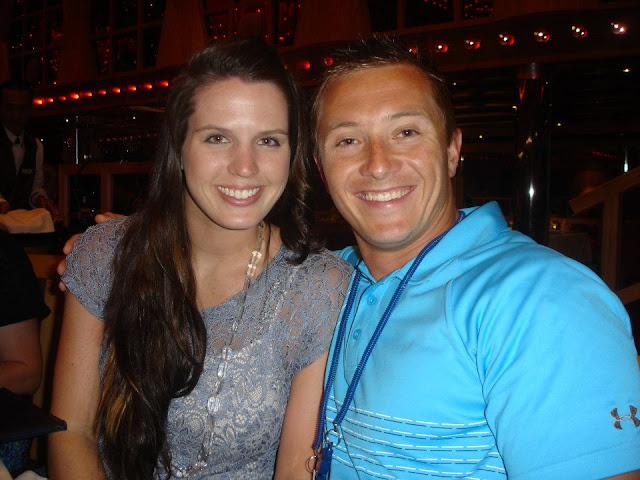